Taruru used to be Tamama's apprentice. Taruru first appeared to see if all the rumors about the Keroro Platoon was true, revealing what Tamama told him about the platoon. In the anime, he also appeared a couple of times with his childhood friend Karara, forming a duo of mischievous kids. Taruru was more clumsy than Tamama. He also came off. They wander around the base and cause all sorts of trouble. Everyone looked for them and with help from Karara's training to be Kururu's wife unlocked them the secret weapon but ended up blowing it up with Dororo having to save them and thus she ended up falling in love with Dororo. As an adult, his relationship to Karara is unknown.

Taruru is way more clumsy than Tamama. Before Taruru join the Garuru Platoon he was a Keron student. He also did't have any attacks when he was a child. His best friend is Karara and might only been Karara. Why Taruru likes the Keroro Platoon a lot was because of Keroro save Keron in Kero 0: Depart! Assembly of Everyone!!.

Taruru is a blue Keronian with a tadpole tail. Also he has very small eyes. His hat is white with a symbol that looks like Tamama's symbol but his is yellow and salmon and has the same symbol on his belly. 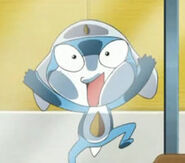 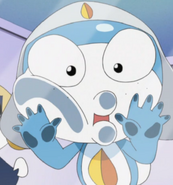 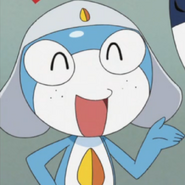 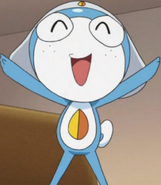 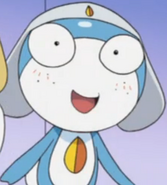 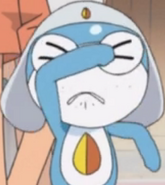 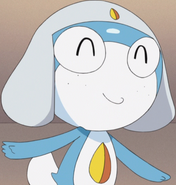 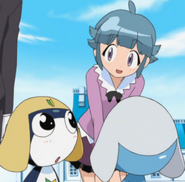 Two little naughty tadpoles running down the hall with guns

Chibi Taruru in episode 159
Add a photo to this gallery
Retrieved from "https://keroro.fandom.com/wiki/Chibi_Taruru?oldid=44398"
Community content is available under CC-BY-SA unless otherwise noted.