The Demonic Arts is an ancient assassin technique that was first seen in chapter 125 of the manga.

Demonic Art encases Dororo in armor and equips him with a long katana as opposed to his traditional short katana. In this form, Dororo can create multiple dopplegangers.

While Dororo is in his Demonic Arts state he can shift Earth to create giant hands, wear full body armor that can repel just about anything and he can also create multiple clones and have them slash a powerful slash all at once.

Zoruru states that the armor is equivalent to a mask, and that the fact Dororo used it means that he felt Zoruru was a real threat.[1] 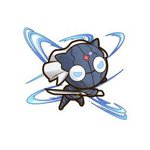 Retrieved from "https://keroro.fandom.com/wiki/Demonic_Arts?oldid=44106"
Community content is available under CC-BY-SA unless otherwise noted.