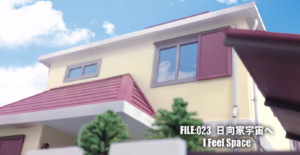 I Feel Space A.K.A The Hinata House to the Universe is the twenty-third and last episode of the new 2014 edition of Keroro Gunso, labelled Keroro.

Note: The File is mainly focused on the chapter 213, so the differences noted will be about that chapter.

Retrieved from "https://keroro.fandom.com/wiki/Episode_23_(Flash_Series)?oldid=42702"
Community content is available under CC-BY-SA unless otherwise noted.