The Garuru Platoon (ガルル小隊, Garuru Shoutai) is a platoon from the series Keroro Gunso. It is led by First Lieutenant Garuru.

'An Elite Unit under the Keron Army HQ's direct control, with first lieutenant Garuru taking the helm as the commander. Their undying loyalty to the military is highly commendable despite sometimes being prone to engage in unofficial strategies and involving themselves in shadier matters. Nevertheless, the military has the utmost of trust in them.' - K-File: Official Keroro Guidebook

The Garuru Platoon got a new member, Pururu, and was given the mission of investigating the crime of Gunpla and desserts-stealing. They were defeated by the Keroro Platoon Double and paid a visit to the Keroro Platoon after that[1].

The Garuru Platoon appeared again and helped Keroro Platoon by attacking ZZZ, a monster who was going to destroy the Earth. However, the attacks weren't strong enough to defeat ZZZ and the spaceship of the Garuru Platoon was hit by ZZZ's attack. Garuru also demonstrated how to read ZZZ's name without biting his tongue[2].

First Lieutenant Garuru (ガルル中尉, Garuru Chūi) is Giroro's elder brother. He, much like Giroro, is a straight man and follows military rules strictly. Unlike Giroro, he does not fire his weapons in barrages; instead, he is the best sniper in the whole army, with a devastating one-shot-one-kill style. He came to Earth with his team to replace Keroro's (not too successful) team[3]. His name is taken from 'garuru', the Japanese word for a growl. His emblem resembles an up side down "A" with a line going down the middle.

Lance Corporal Zoruru (ゾルル兵長, Zoruru Heichō) is a ninja. The left side of his body is robotic thanks to a long-ago feud with Dororo, and seeks revenge for this incident. For this reason, he joins the Garuru platoon. When Dororo tells him that he forgot who he was, he leaves in a huff. Details of Zoruru's left side of his body show him having a metallic arm with a hand plate that can be extended into a sword. His emblem is a three-pronged shuriken.

Recruit Tororo (トロロ新兵, Tororo Shinpei): He is a young hacker who used to try to outhack Kururu back in military school, but failed every time. He was recruited after basically disabling the Keron Force by hacking into their networks. He also has about the same personality as Kururu, except he cannot keep cool under pressure like his rival. Like Kururu, he started his years of computer maintenance and hacking earlier in his life resulting in his skills right now. Tororo is still immature and does not think anyone is better than him. Kururu proves that wrong though. Ever since the invasion, Tororo has developed both a grudge and a fear of Kururu[1]. His emblem is a circle with three pegs.

Privet 1st Class Taruru (上等兵 Taruru joutouhei) is one of the members of the Garuru Platoon. He was the former apprentice of Tamama. After training with the Keron Army, he was soon put into the Garuru Platoon, and is very skilled. Before his growth spurt, he was very loud, and clumsy. After his growth spurt, he seems to have improved greatly, appearing to have calmed down, even being able to defeat his old Senpai, Tamama. However, he was soon defeated by Tamama. His emblem is a tear split down the middle. 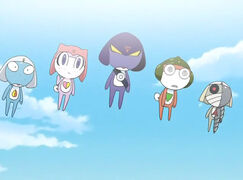 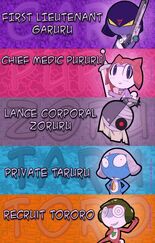 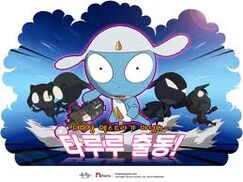 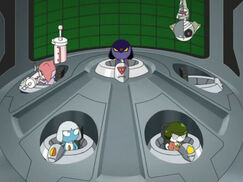 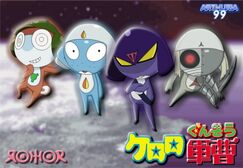 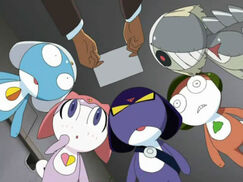 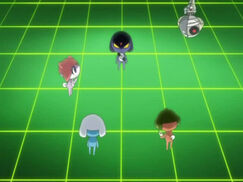 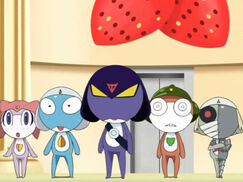 The Garuru Platoon as they appear in the flash series. 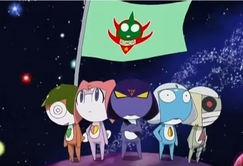 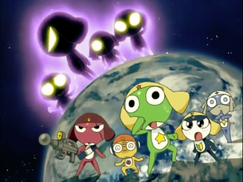 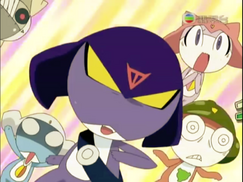 Retrieved from "https://keroro.fandom.com/wiki/Garuru_Platoon?oldid=47448"
Community content is available under CC-BY-SA unless otherwise noted.