Kitten (子猫, Koneko), known as Ms. Furbottom in the Funimation dub, is a female kitten that lives in Giroro's tent.

She is a small pale pink kitten with amber eyes.

Kitten was a stray cat that was taken in by Giroro. She grows very close to Giroro and eventually develops a crush on him. Giroro is rather affectionate to her and lets her stay with him, sometimes also feeding and playing with her. She continually makes cameos next to Giroro, usually in brief scenes. However, because of Giroro's affection for Natsumi, Kitten becomes jealous of Natsumi and becomes dismissive of her, showing aggression if Natsumi gets too close, much to Natsumi's confusion. However, it seems Kitten is more mad that Natsumi does not notice Giroro's affection and, in one incident, attempts to set them up together.

Kitten, in some episodes, is transformed into a human by the We can make everyone alive gun.[1] The design of her human form is different between the anime and the manga. In the manga, Neko does not have a cat tail, while in the anime, she does not have cat ears. In this form she resembles Cammy from Street Fighter with her hair and clothing. 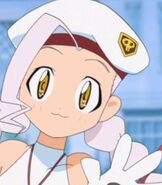 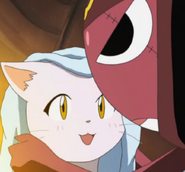 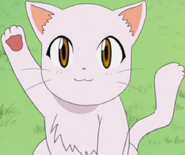 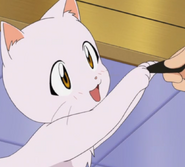 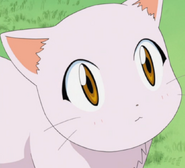 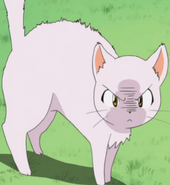 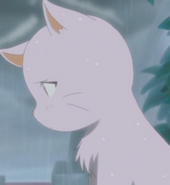 Neko before Giroro found her. 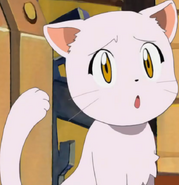 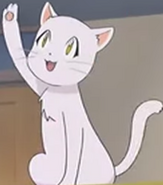 Koneko and the Keroro Platoon 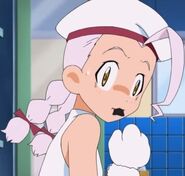 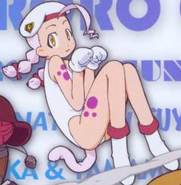 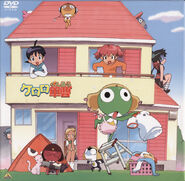 Kitten on the cover of the Keroro Special Miracle Pack. 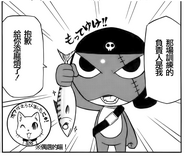 This article is a stub. You can help the Keroro Wiki by expanding it.
Retrieved from "https://keroro.fandom.com/wiki/Kitten?oldid=49277"
Community content is available under CC-BY-SA unless otherwise noted.