As Old as Space Itself

Nevula commonly takes the shape of cat ears on top of Alisa's head. When not, he takes the shapes of a 3-foot diameter ball with cat ears. He only has one eye, which is red in color. He was created by the spirits of inhabitants of a destroyed planet, revealed to be the only living member of his species.

Nevula is able to shape shift into many different forms, though he always leaves a part of himself with Alisa. In addition, he can become a set of functional destiny wings. 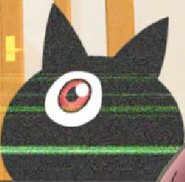 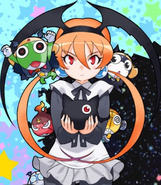 Nevula in Alisa's hand in Keroro (Flash Series) at the endcard of episode 12. 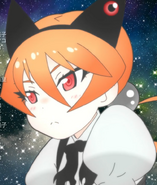 Nevula and his daughter in the last episode of The Flash Series.

Nevula and Alisa's profile on The Flash Series website.

Nevula on the cover of the Keroro Special Miracle Pack. 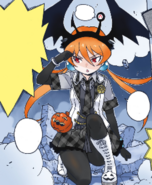 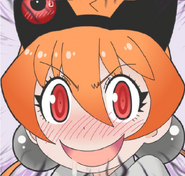