In Keroro's childhood memories, these are what Keroro's grandfather used to refer to earthlings.[1] They were actually a race of beings that live at the bottom of the ocean, who has built an undersea empire long before humans evolved. The Keroro Platoon met them when they were in the ocean. Only two had been seen up close; the others were just red lights from afar shown to be some sort of shrimp. The two that were seen were an ancient white shark with red eyes in its mouth and a mermaid (Nonteruma girl) whom Fuyuki Hinata befriended. Nonteruma are revealed to be Anomalocaris, believed to be extinct.

Nontruma girl (ノントルマの少女, Nonteruma no shoujo) is a girl that Fuyuki Hinata once met in the beach when The Keroro Platoon took a trip conquering the ocean with Fudgie the Sub. They met when Fuyuki got stranded with another one of Kururu's inventions on the shore. NG laughed at Fuyuki, and Fuyuki yelled at her. She tried to run away, but she ended up landing on some glass, scratching her arm. Then Fuyuki started picking up trash with her after fixing her arm. When Fuyuki left to go research the ocean with Keroro, she tried to stop him from going, but he left anyway. When the Keroro Platoon left him, NG jumped down and saved him. She is actually a mermaid, and she saves Fuyuki telling him to never forget her. She is last seen swimming with the rest of the Nontruma.

Fuyuki Hinata - NG considers Fuyuki a fellow protector of the sea. Fuyuki helped fix her hand, and she did save him meaning she sees him as a friend. 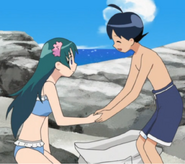 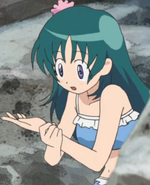 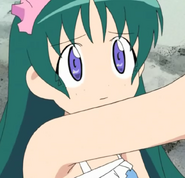 This article is a stub. You can help the Keroro Wiki by expanding it.
Retrieved from "https://keroro.fandom.com/wiki/Nontruma?oldid=46692"
Community content is available under CC-BY-SA unless otherwise noted.